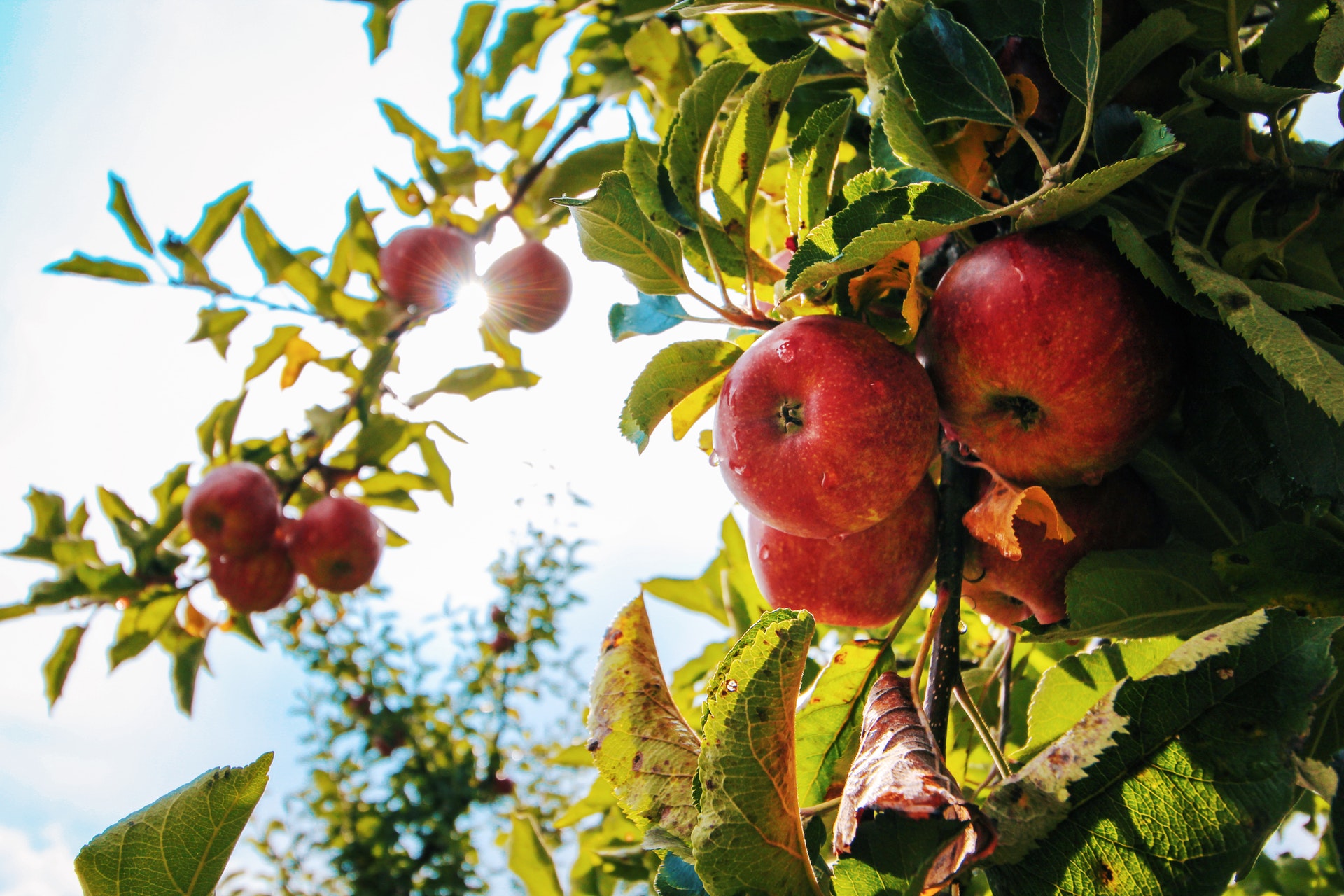 Apples are one of the most difficult crops to grow without pesticides, BUT it is possible if you abide with three key rules:

All apples are on MM.111 semi-dwarf rootstock. It’s resistant to wooly apple aphids and fireblight, and very tolerant of drought.

Like everything we offer, other than the pawpaws, new apple trees do best when fall planted. The month between Thanksgiving and Christmas is perfect.

All the following varieties (all on MM.111) survived ten years of almost total neglect (no water, no sprays, no pruning) from 2000-2010. That should tell you something! In the order of ripening:

King David—An heirloom variety from Durham, AR, 1893. Thought to be a chance cross between Jonathan and Arkansas Black, it has some of the best characteristics of both. It is not as disease resistant as the PRI apples, but I always get some…and it’s worth it. My favorite apple flavor-wise: sugar and spice.

Orleans—A mid-season apple that holds up to the black rot better than most mid-season varieties. Very sweet and crunchy, and with a distinctive “sheep-nose” shape. From NY ca. 1920.

Arkansaw—Also known as Mammoth Black Twig, this is Arkansas’ oldest heirloom, dating from 1833. Distinct from Arkansas Black, but shares some of Black’s keeping ability. The fruit is medium to large, red stripes over green, crisp and winey. Resistant to all four major diseases and late enough to escape summer rots.

Arkansas Black—One of the most beautiful of apples, very dark red approaching black—buff it up for a real visual pleasure. King of the keepers. Little bothered by any diseases—even insects don’t bother it! Another Arkansas heirloom—from Benton County around 1870.

Other—I’m always experimenting with other varieties (new and heirloom) and also propagate small amounts of varieties that do “okay” for me, but are not quite as disease resistant as the above. This year I have a few Golden Russet, Tennessee Strawberry, Mother, and an unnamed fall apple I think is fantastic. Ask if you’re interested.